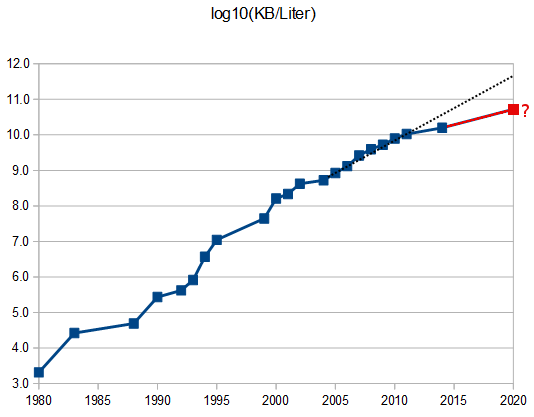 We haven't reached an absolute peak in hard drive capacity, so the term "peak hard drive" is an exaggeration in absolute terms, but relative to corporate data set sizes, I'm guessing we did reach peak hard drive a couple of years ago.
Posted by Michael Malak at 3:35 PM